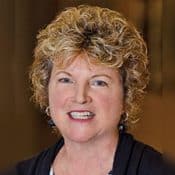 As President of Infant Nutrition Council of America, Mardi Mountford manages state, federal and international legislative and regulatory affairs. She serves as an industry liaison between several food and healthcare associations and government agencies including US Food and Drug Administration and the FAO/WHO Codex Alimentarius nutrition and food additive committees.

As a spokesperson for the infant formula industry, Mrs. Mountford has been quoted in mainstream outlets such as the Associated Press, New York Post, AJC, Chicago Tribune, as well as trade publications like The Dairy Reporter and The Rose Sheet. In addition, she has spoken before federal, state and local legislative authorities, coordinates development of educational materials and medical research proposals, and monitors their implementation.

Mrs. Mountford holds a master’s degree in public health, with an emphasis in nutrition, from the University of North Carolina at Chapel Hill, and has served as a nutrition consultant for management firms in Atlanta and Boston.

© 2021 The Infant Nutrition Council of America
To Top
The Infant Nutrition Council of America web site provides information about infant feeding. An informed decision regarding an infant's diet should be based on healthcare professional advice as well as the parents' lifestyles and preferences. Additionally, the resources are provided for information only and are not intended to be a substitute for professional medical advice, diagnosis, or treatment. Never disregard or delay seeking professional medical advice because of something you have read.